How the opioid epidemic affects your hiring practices 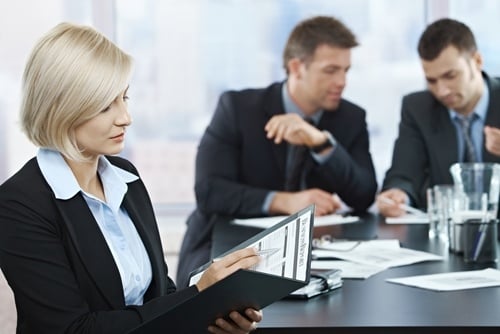 The opioid crisis has reached epidemic levels. Don't just take our word for it - according to the Centers for Disease Control and Prevention, over half a million people died from drug overdoses between 2000 and 2015. The majority of those deaths stemmed from opioids. Such medical emergencies claim 91 American lives each day.

The main complication surrounding opioid addiction is the legality of the drugs. Often, people are exposed to opioids through prescribed painkillers. In fact, the increase in prescriptions has been identified as one of the primary contributors to the current crisis. According to The Economist, sales of prescription opioids nearly quadrupled between 1999 and 2014. Several government bodies, lawmakers, doctors and public policy advocates blame prescription opioid drug producers for the increase, claiming their marketing tactics mislead health officials and the public as to the true addictive nature of their products.

Because addiction rates have skyrocketed over the past few decades, opioids are now a major part of the national conversation. Most of the discussion is centered around the intersections of addiction, healthcare and pharmaceutical companies, but it's necessary to consider other affected areas of American life as well. In particular, it's important to examine the opioid epidemic's impact on how people work and how companies fill empty positions.

How has the opioid crisis affected the workforce?

It might be hard to see the effects of the opioid crisis outside of the communities in which it has had the greatest impact. However, one economist suggested opioids might be taking a major toll in an area many didn't expect. As CNBC News reported, Goldman Sachs economist David Mericle believes opioid addiction might be contributing to the stagnant labor force participation rate.

"The opioid epidemic is intertwined with the story of declining prime-age participation, especially for men, and this reinforces our doubts about a rebound in the participation rate," Mericle said in a note, according to CNBC.

Essentially, although monthly reports show increased job creation and declining unemployment since the end of the Great Recession, the labor force participation rate has hovered at low levels. Mericle believes opioid addiction is part of - although not entirely - the reason why so many people are not actively looking for jobs, which in turn contributes to the difficulty employers have filling open positions.

What do I need to know about opioids and the workplace?

If Mericle's beliefs are true and opioid addiction is one of the factors contributing to stagnant labor participation, hiring managers may face more difficulty finding qualified candidates. In addition, it may become more important to screen candidates for a history of drug abuse and perform drug testing.

An NPR story shed light on how opioid addiction affects employers and employees. One woman shared her history - she was prescribed a shot of Demerol as treatment for her severe headaches and quickly became addicted. Despite her illness, she continued to work a corporate sales position and would often show up to presentations intoxicated. Eventually, she was forced to take medical leave.

The woman's story isn't uncommon, but her ability to emerge from addiction relatively unscathed might be. Others aren't so lucky and suffer workplace accidents. The NPR story cited a survey of 25 states that found most workers' compensation claims that involved pain medications mentioned opioids.

With this information, it's easy to see that opioid addiction in the workplace can easily lead to injury or even death. By hiring an employee addicted to this class of drugs, HR staff put that individual, the rest of their company and possibly even their customers at risk. That said, it's important to keep in mind that many opioids are legally prescribed and that preconceived notions about who is and who isn't addicted to these types of drugs are not reliable.

As such, it's even more imperative to perform a criminal background check for prior drug convictions. However, because this does not identify all candidates who may be addicted to opioids, it's also important to perform comprehensive drug tests both before and during employment. While many businesses use screen for drug use, the tests they use aren't comprehensive enough to be fully effective. Don Teater, a medical adviser for the National Safety Council, pointed this out to NPR. He noted that, when he's discussing drug screening with groups of HR representatives, he'll often ask how many of the people attending screen for oxycodone. Only a third of the group will raise their hands. When he asks how many people don't know what their screening for, a significantly greater number of people respond. This aligns with research from Quest Diagnostics, which found only 13 percent of workplace drug tests screen for prescription opioids.

To ensure the safety of your staff and customers, you'll need an expanded drug screen that tests for both illegal and prescription painkillers. Additionally, it's a good idea to implement post-employment testing. This way, you can see if any employees are abusing their prescriptions while on the job.

Orange Tree checks a number of state and federal databases for drug-related convictions and partners with many drug testing services. Contact us to see how our service reduces risk, protects your employees and your business compliant.

OIG Checks for The Healthcare Industry

OIG screenings are essential to the hiring process within the healthcare industry.  The purpose of...

How to provide a great candidate experience during your hiring process

Would you agree that hiring new people for your company is nothing like it was a decade ago? Of...

The current state of the labor market has businesses scrambling to fill open positions. One...