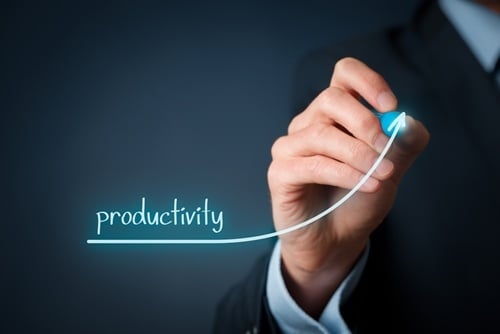 Google employees are some of the most productive teams in business, and everyone wants to emulate their success. Yet for all of the company's achievements in tech, Google isn't filled to the brim with coding geniuses who hit every assignment out of the park. In fact, Bain and Company research suggests the percentage of high-performing employees at Google and other top players is relatively similar to that of other companies.

So how do they do it? What strategies do they use to boost their productivity? As a hiring manager with tons of applications on your desk, you'd probably love to learn their secret. Here are some tips you can incorporate from the tech giant to tackle your own daily checklist:

Meditation is one of the world's oldest keys to higher productivity, and it's one of the easiest things you can do. Mediation doesn't help you work faster; rather, it prevents your productivity from falling short by helping you avoid burnout.

To understand the full benefits of meditation, consider the end result of one Googler's practice. As Wired reported, software engineer Chade-Meng Tan brought his personal meditation technique to the office and held a seven-week mindfulness course. His colleagues were skeptical at first, but they soon felt calmer and were better able to detach from work at the end of the day. What's more, their productivity increased, and even Google leaders realized their staff was working harder and smarter.

"Meditate by sitting with your back straight and your eyes open, focusing on your breathing."

Luckily, you don't have to become a full-fledged Buddhist - or participate in a seven-week course - to see the benefits of mindfulness meditation. Instead, spend 10 to 15 minutes each day sitting with your back straight and your eyes open. Try to clear your thoughts and focus only on your breathing, but don't chastise yourself if your mind wanders. Instead, gently return to your meditation practice. You'll emerge calmer and ready to tackle any daunting tasks.

2. Prioritize according to your energy levels

We tend to be more productive during the middle of the week and less so on Mondays and Fridays - something Google at Work Head of Product Marketing Jeremiah Dillion became aware of. In an email to his team, shared with the Huffington Post, he outlined how a person's energy fluctuates throughout the week:

If you try to force yourself to complete more work than your energy levels allow for, your overall productivity will suffer. Instead, let yourself rest during the beginning and end of the week, and work harder during the middle.

3. Get rid of unnecessary downtime

While it's true you need moments to recharge, most downtime at work isn't a scheduled break that lets you get away from the office. Instead, it's wasted time caused by inefficient processes. For example, you may spend five minutes waiting for everyone to get on a conference call, or your computer might be so old that it constantly crashes and forces you to restart every afternoon.

Having to check everything with your supervisor also wastes time. It's costly as well - according to the Harvard Business Review, excess bureaucracy costs companies over $3 trillion per year.

Next time you're in the office, pay attention to what improves your efficiency and what simply wastes time. Maybe you need to outsource some of your background check to a third party, or maybe integrating with an applicant tracking system will save you time and headache.

How the opioid epidemic affects your hiring practices

The opioid crisis has reached epidemic levels. Don't just take our word for it - according to the...

What To Look For In A Project Manager

Project managers have a unique position within your business. They need enough technical knowledge...

Finish the Hiring Process with Impact

It’s your job to find and hire the best candidates for your business, but before these candidates...