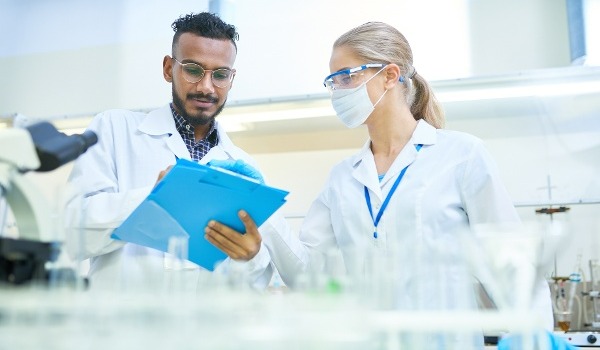 I founded the Current Consulting Group (CCG) in 1998 and the next year we conducted a survey of the drug testing industry for use in a presentation he was about make on drug testing in the “new millennium.” CCG’s industry survey has become a much-anticipated annual event and many employee screening companies typically use the results to help them formulate their sales and marketing plans and finalize their budgets for the coming year.

Over the years I have wandered from the safety of CCG’s annual survey findings to share my personal opinions on many industry-related topics including the future of drug testing. For this article I have decided to do so again. However, first, let me share some interesting results from CCG’s 2020 surveys.

CCG conducted a mid-year survey and then an end-of-the-year survey of providers and employers. From the mid-year survey of providers, 13% said they had clients “switch to or add oral fluid testing.” In the end-of-the-year survey, the percentage increased to 15%. These percentages are significant on their own, but even more so when you consider that most experts believed, prior to the pandemic, that oral fluid represented about 8% of the workplace market share. It is obviously higher now. Also, the increase from 13% to 15% is significant in that it shows a sustainable trend between the first half of 2020 when many employers were struggling to get urine collections performed and the second half of the year after things in the industry had settled down somewhat.

Telehealth collections came on the scene and caught on

Overall drug testing volumes rebounded by the end of the year.

Predictions for the Future of Drug Testing

In addition to CCG’s industry survey, we also conducted an employer survey on drug testing as well as a COVID in the workplace survey. Based on the results from all three of CCG’s 2020 surveys, I’m prepared to make the following predictions:

Oral fluid testing  will retain its newly gained market share and possibly see another increase in 2021. The Substance Abuse and Mental Health Services Administration (SAMHSA) continues to work its way through the implementation period for its Oral Fluid Mandatory Guidelines (originally issued October 25, 2019). As that process completes itself, interest in oral fluid testing will likely increase. If the Department of Transportation (DOT) announces its long-awaited oral fluid testing guidelines this year, the final barrier will have been removed and SAMHSA’s prediction that 25-30% of all federal and DOT-mandated drug tests will shift to oral fluid will likely become a reality.

Specimen collections will only get more difficult

Specimen collections will continue to be a challenge for many employers, especially those operating 24-hour work shifts or maintaining remote worksites. Also, the concerns some people expressed in 2020 about visiting off-site collection sites where sick people gather for COVID testing will not go away in 2021 and maybe beyond, even with the availability of vaccines.

I predict that specimen collections will only get more difficult. Why?

Legal defensibility will become employers’ #1 priority when it comes to drug testing. There are lots of reasons why this is an easy prediction to make, especially given the ever-increasing litigious environment we find ourselves in today. There are only three federally endorsed drug testing methods—lab-based urine, oral fluid, and hair testing. Following the SAMHSA guidelines for drug testing, even if you are not mandated by the government to conduct drug testing, is a wise business decision and the most important thing you can do to strengthen the legal defensibility of your program.

My Most Important Prediction

First and foremost, I predict that workplace drug testing is here to stay. There have always been challenges to our existence as an industry, but drug testing is far from the brink of extinction.  Beware of “false prophets,” so to speak, that predict a bleak future for drug testing.

Clearly, 2020 was not a normal year. The pandemic affected the drug testing industry significantly and while we may not be able to predict the future with certainty, we are likely never going entirely back to the way it was. Welcome to the new normal.

New Drug Testing Laws in 2021 Employers Should Know About

Although much of 2021 was spent taking continued pandemic precautions, legislators were still busy...