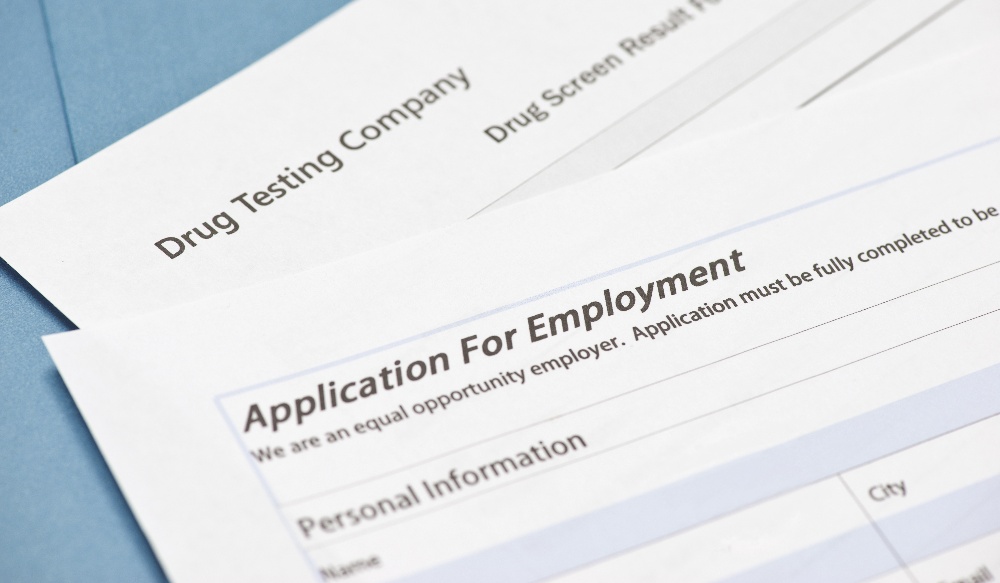 The creation and maintenance of a compliant drug and alcohol testing policy is essential for employers hoping to maintain a safe and productive workplace in addition to protecting themselves against costly litigation. However, navigating the drug and alcohol testing world can often be confusing. The oft-contrasting state laws and federal regulations, in addition to mandatory versus voluntary laws, make it hard to understanding when, how, and why to test. There are many things that employers have to consider when creating a policy, but one of the most important is how they can stay compliant to the applicable state laws in their workplace.

There is no one-size-fits-all solution for employers to understand how, when, why, and where they are allowed to test employees and candidates. As there is no federal law applicable to all employers, individual states are permitted to implement their own laws, which vary from state-to-state. Individual employers are tasked with the job of determining which, if any, of their employees are subject to federally-mandated testing.

In addition, they must understand state laws that dictate how, when, where, and why employees can be tested. Add in the additional task of being aware of case laws, and drug and alcohol testing can suddenly become very confusing. Employers should not only regularly review and update their policy in order to ensure compliance but should also consult with outside sources that have expertise in the field of drug and alcohol testing to ensure that they are understanding applicable laws correctly.

Some employers make the mistake of assuming that the law of the state where they are headquartered is the only law that applies. For multi-state employers with locations in multiple states, it is necessary to comply with the laws of each state in which the company operates. Generally, a well-written, well-researched drug testing policy can cover many of the legal requirements for each applicable state law. However, amendments to the “base” policy are often needed when state law requirements differ from the content of the company’s policy. In this case, an employer (or hired policy expert) can add state-specific amendments to the policy, or, in rare cases, have a stand-alone policy for each state.

States vary as to what they allow versus what is prohibited. Urine testing is generally the most allowed testing specimen. Other methods, such as oral fluid testing and hair testing, while often more effective than traditional urine in terms of positivity rates, may not be allowed in every state as states have not updated their laws to allow these testing methods. Employers should consult state laws carefully to ensure that they are compliant.

Similarly, some states restrict how and when testing is permitted. Point of collection testing (POCT), for example, is not permitted in all 50 states. Take Alabama – the law states that all initial and confirmation testing must take place in a laboratory, effectively prohibiting POCT in the workplace. Employers are allowed to test for pre-employment, post-offer, reasonable suspicion, post-accident, periodic, random, and follow-up, however, all such testing must occur in the lab. State laws vary and can change quickly as new legislation is passed. Keeping up with what types of testing are permitted is an essential part of any successful workplace drug testing program.

Incentives for Drug Testing by State

Many employers might not be familiar with the idea of a voluntary law, but 15 states currently have voluntary drug testing laws. A voluntary law dictates a program that offers special incentives to employers in order to entice them to conduct drug and/or alcohol testing. If an employer chooses to participate in the state’s program, his/her company must comply with the testing requirements outlined in the voluntary program. In exchange, the state offers some sort of incentive for those employers. Florida, for example, offers a 5% discount on workers’ compensation premiums to employers that drug test in accordance with their voluntary program. Employers who choose not to comply with the voluntary law are permitted to drug/alcohol test as they wish, within reason and barring any applicable case law.

The general rule of thumb is that federal regulations preempt state law. For example, DOT-regulated employees are subjected to the DOT drug and alcohol testing regulations found in 49 CFR Part 40 (Part 40) rather than to any normally applicable state laws. However, Part 40 only applies to employers who fall under the federal mandate to drug test. Unless a state specifically requires all employers comply with Part 40 as part of their state law, employers outside the federally mandated industries are not required to adhere to federal regulations such as Part 40. Some DOT-mandated employers have employees that are not DOT covered workers and are not required to administer drug testing to those employees that is in compliance with Part 40 but does have to be in compliance with all applicable state laws.

Employers who have federally-regulated testing programs, however, might still be impacted by state laws when testing their employees. There are certain elements of a comprehensive drug testing program that are not covered by federal regulations. For example, while Part 40 regulates how, where, and why drug and alcohol testing can occur, it does not mandate that an employee be terminated after a failed drug test. Certain state laws may require that employees be terminate after returning a failed test, and in such a case employers would need to be in compliance with not only Part 40, but also the applicable state law. Employers are well advised to be familiar with state laws, even in a federally-regulated field, in order to stay in compliance.

The list of what employers need to know in order to stay compliant with their drug and alcohol testing policy seems nearly endless. State laws, federal regulations, workers’ compensation laws, unemployment laws, discounts for voluntary laws – the list goes on. It’s clear that there are few, if any, universal rules that apply in the world of drug and alcohol testing. There is no one-size-fits-all solution to staying compliant – employers should create a comprehensive and up-to-date policy that maximizes state incentives and advantages, updating regularly as state laws and federal regulations are changed.

Have questions about your background screening or drug testing program?

Which States Have Ban-The-Box Laws?

There are now 36 states and over 150 cities with ban-the-box laws in some form or another. This...

Through all of the confusion that employers have been facing this year, drug testing while staying...

95% Of Organizations In The United States Conduct Background Checks

According to a recent Professional Screening Background Association (PBSA) and HR.com study, 95% of...